Who are in the EU led Alliance for Democracy in Libya? 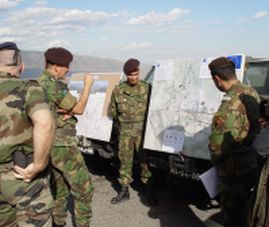 The new alliance includes 10 EU members (Belgium, Denmark, Germany, Greece, France, Italy, the Netherlands, Poland, Spain and the UK), Canada, Norway and the US, as well as Iraq, Jordan, Morocco, Qatar and the United Arab Emirates (UAE).  The involvement of Italy comes despite Rome's earlier objections to military intervention against its former ally.

The participation of Germany also indicates that the division inside the EU is not as significant as on the Iraq war in 2003. Germany last week abstained from the UN vote and said it would not contribute military resources but strategic logistical expertise.

Libya's closest EU neighbour, Malta, which lies just 350km from the Libyan coast, has said it will play no part in the military effort except in handling humanitarian requirements.