The Netherlands: How to bring Government and the Public closer together to reach common achievable goals - by RM 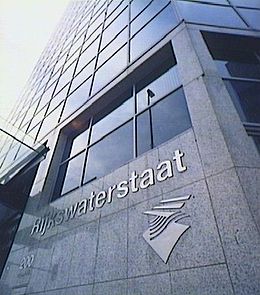 The Dutch Ministry of Infrastructure and Environment, which apart from looking into all issues that have an interface with the environment, roads and waterways, also looks at innovative ideas, to provide solutions this ministry's diverse agenda requires.

The ministry argues that "if you do what you always did, you'll get what you always got." They say this is a valuable insight they use on a daily basis, because it makes things predictable and computable.

They call that experience.

But sometimes, they argue that experience also gets in their way. Especially if we ask for boundary solutions. As Einstein said: "We can not solve problems by using the same kind of thinking we used when we created them".

If it really is different, if a breakthrough is really required, we ask people from all around the Netherlands to think "out-of-the-box".

Out of the box?

And how do you do that, you might ask? Are people willing to say goodbye to their comfortable standards, values and thinking patterns? And are they able to cut new paths in their own brain with a surgical knife, so to speak ?

LEF helps to realize this concept. "Only when people really break their existing thinking patterns and frameworks,there is room for real innovation, for a real breakthrough they say.

LEF Future Center is the organization within the Ministry of Infrastructure and Environment-specializing in the creation of breakthroughs and new patterns.

As to the practical side of how this LEF concept works, this came at the invitation of Erdal Sahin,, who invited me to attend one of these LEF sessions, at what the Ministry of Infrastructure and Environment calls the FUTURE CENTER, housed in the impressive modern Ministry building in Utrecht.

The theme of this particular group discussion I attended, focused on "How to bring the Government and the Public closer together in reaching common achievable goals, eventually benefiting the community at-large".

The groups were divided in a variety of "psychological categories", which by itself is already quite an innovative approach, to get people thinking about similar issues, from different angles, based on their own interest and inner composure, but with the same ultimate goals in mind.

At the conclusion of this very interesting gathering of people, from a variety of disciplines, one could say that the overall opinion seemed to be that change will and can happen, mainly as a result of grass-roots movements, which start at the Public level, moving via the Municipal level, to eventually reach the Government level to make change happen.

It must also be noted that over the years the so-called "trickle-down" philosophy, whereby both the dialog and the economy are being directed to flow from the Government and/or the Corporate sector downwards, thereby benefiting the Public sector, has shown to be counter- productive and in many cases a total failure

With LEF obviously organizing many of these events throughout the year, one would hope the data of these dialogs are circulated and available, not only among government ministries, but also at municipalities, and educational institutions .

Compliments to the Netherlands Ministry of Infrastructure and Environment, LEF and the organizers for putting this most stimulating event together.