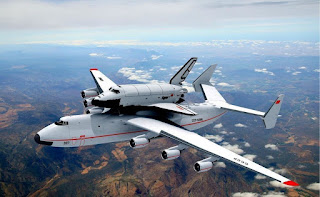 China has flown an early prototype of its reusable hypersonic space plane. The test took place last month in the Gobi Desert where the aircraft took to the skies, reached the targeted orbital altitude, and made a safe journey back home.

Despite being a scaled-down version, the new space plane soared five times faster than the speed of sound and landed precisely at the planned location, South China Morning Post reported. The test flight was conducted at the military-run Jiuquan Satellite Launch Centre on Feb. 23.

China Aerodynamics Research and Development Centre, the developer of the space plane, hailed the test, the first of its kind for the country, as a breakthrough in “speed, altitude, and applications” that would eventually lead to better engineering and technologies for effective space travel.

However, given the classified nature of the project, not many details about the experimental aircraft were revealed. According to a researcher familiar with the recent test, the craft is being developed for military as well as civilian missions where it would soar fast enough to beat missile defense systems or take space passengers toward low-Earth orbit.

Although, it is worth noting that this is not the only Chinese space plane in the works. Defense contractor China Aerospace Science and Industry Corporation (CASIC) is also developing a reusable space plane dubbed Tengyun.

The craft will take-off from a runway like a regular passenger aircraft carrying space tourists or cargo toward orbit, Zhang Hongwen, director of CAISC's Third Research Academy, told state-run China Central Television. However, there are some small changes in the take-off mechanism. The vehicle will take to the skies with the help of a much larger supersonic/hypersonic aircraft or mothership.

The mothership would carry the vehicle to the edge of space where it would release the space plane to complete the rest of the journey and return to Earth. From there on, the space plane would use a hybrid engine to take the cargo or passengers to the orbit and return home. The engine will be configured to work in space as well as Earth's environment, without losing control or disintegrating.