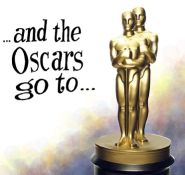 This year's Academy Awards are expected to bring in big money for Hollywood, and not just for the winning pictures, but for nominees and advertisers as well.

Even though viewership of the annual Oscar broadcast has fallen 23 per cent in the past 10 years, the audience of 37.9 million people that watched the telecast last year was above the low of 32 million that tuned in back in 2008.

Advertisers hoping to appeal to the desirable demographic the Oscars attract — largely female and higher-income — are sending the cost of advertising on the telecast higher.

A 30-second commercial spot for the Academy Awards broadcast on ABC costs an average of Euro 1.3 million ($1.7 million) this year. A commercial of the same length on this year's Super Bowl cost advertisers more than twice that — Euro 2.59 million ($3.5 million).